Hi everyone! Been a while since I posted anything due to work commitments but thanks to many late nights I've finished another machine!

I saw this amazing footage of a simple underwater camera being attacked by a great white so I wanted to create a drone sub that would attract sharks but rather than passively get bitten it would speed off whilst keeping them close enough for some awesome predatory shark footage, so I designed something that housed twin impellers, an underwater HD camera and various sensory GPS equipment - to boil it down, I wanted to create visuals of a cool sub getting chased by a great white! :)

It was modelled in Sketchup and brought into KS for some sweet renders, I searched for photo ref of great whites and imported these to use as backplates in KS, I would find and adjust an HDRI to match the lighting to the photo, its great being able to edit the HDRI and add lights in KS5, made for much less re-lighting work in Photoshop! Loving Clown Pass renders too!!!!! The render was then taken into PS, the plate was extend with many elements added and removed, painted out/in and cropped to create that cinematic wide screen look. This is how I go about producing visuals on a film when I use KS.

Unlike previous posts which were all about the model and render in all its glorious detail, these were more about the "shot", but its interesting to see how easily you can comp in a  KS render what ever the brief.... 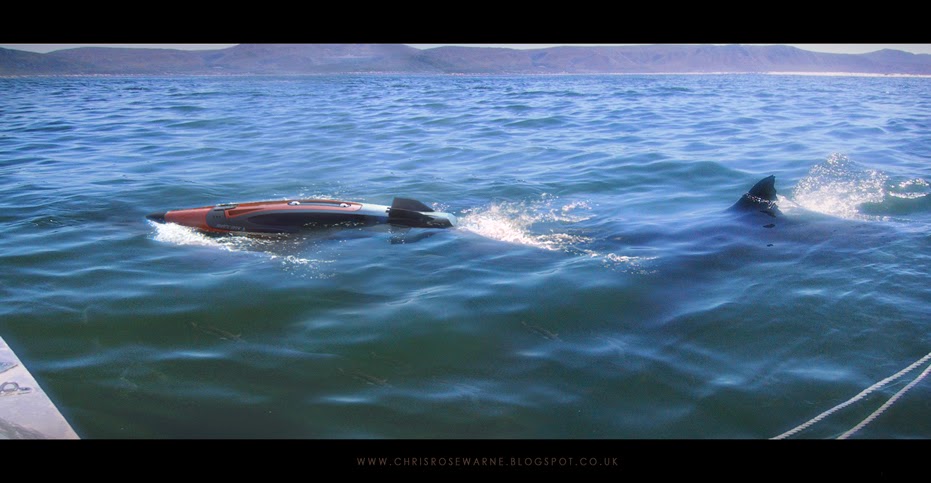 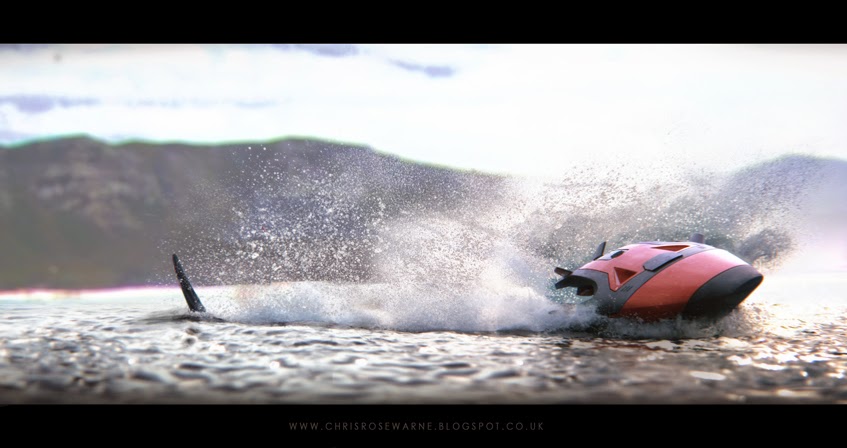 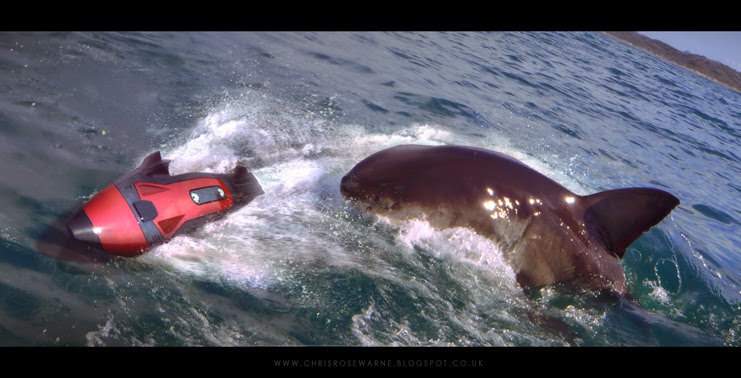 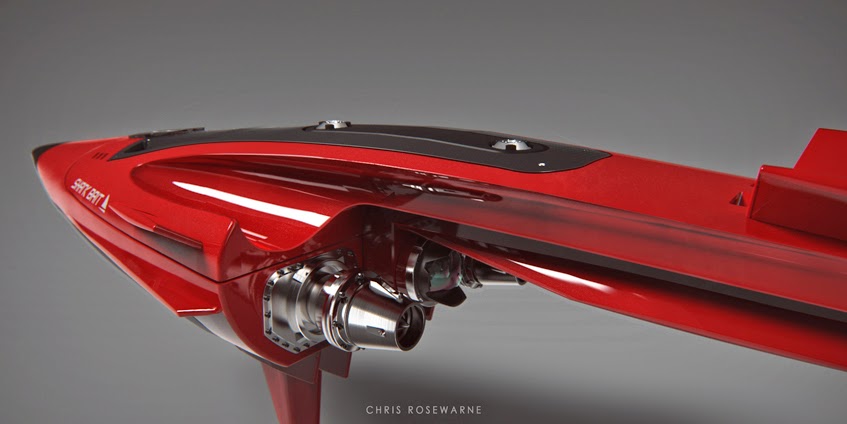